November 5, 2018
Posted by: cartradeAdmin
No Comments 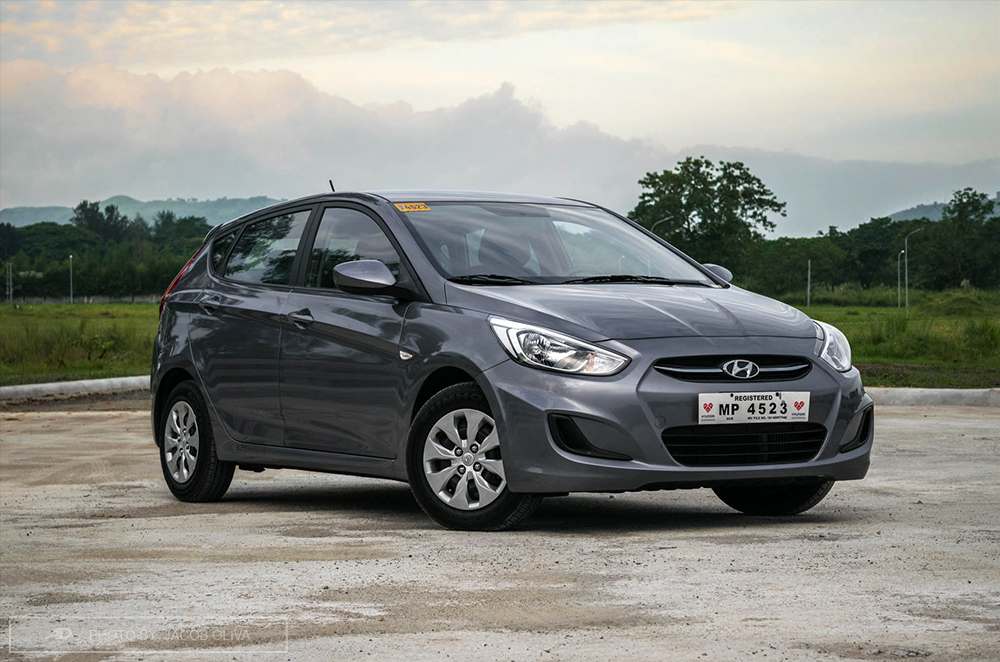 Diesel and fast – these are the words associated with the Accent nameplate ever since its 3rd-generation MC model first rolled out on Philippine roads back in 2006. Well, not as fast as sports cars but among the subcompacts, this one’s up there.

As the one of the first diesel-powered subcompact cars in the country, the Hyundai Accent quickly (figuratively and literally) rose into fame and became one of the top choices of transport businesses and budget-conscious car buyers. Since familiarity breeds indifference, I’m not sure if that’s good or bad, but one thing’s for sure: Hyundai Philippines is sure happy with their best-seller — 1,383 units sold for August 2017.

The 4th-generation RB model has been out since 2011 in both sedan and hatchback forms. The question now is, after 6 years on the road and a number of facelifts, does the Accent stay true to its original charm to Filipino buyers?

We test its top-spec Hatchback 1.6 CRDi GL AT variant to find out. It’s fairly hard to describe a car that everyone’s already familiar with, but what I can say is that the Accent Hatchback’s design never grows old. Yes, the split hexagonal grille is a bit dated when compared to the rest of Hyundais, but its appeal to its niche market is definitely still there.

However, it lacks some modern aesthetic features such as daytime running lights, fog lamps, and LEDs that can be found in its rivals such as the Kia Rio and Toyota Yaris. We’re not sure why but the 2017 model drops these, but we know that older 2014 models had them before. Inside, the Accent Hatchback is as straightforward as its exterior design. All the controls are within arm’s reach, while the buttons and knobs are tactile and have great feedback. Although there’s a considerable amount of plastic, they’re not that cheap-looking, especially with the matte material that covers the entire dashboard. Just a little caution, though; this material becomes sticky in time if not taken care of. The white- and blue-lit gauge clusters are easy on the eyes. Although as a range-topper, it’s a surprise that the car’s stereo isn’t dashboard-integrated. Good thing you can connect your music devices (sans smartphones) via USB, SD Card, and auxiliary input. Interestingly, the 4 speakers sound nice. 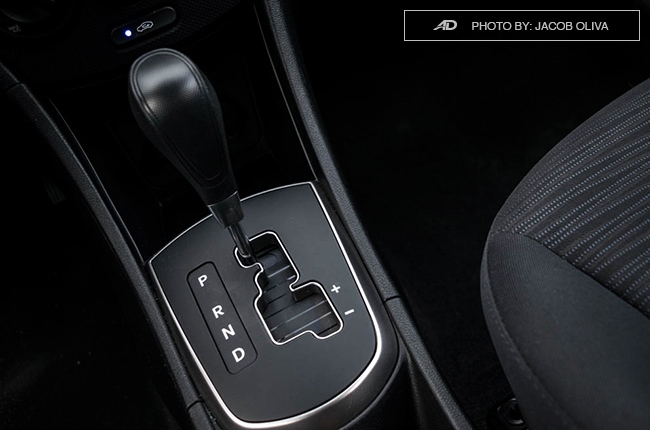 There’s adequate space inside the Accent Hatchback for 5 individuals (including me) that are 5’7” and below, however beyond that, rear passengers may need to compromise. The trunk is also pretty deep, enough to fit my guitar (inside its hard case) with room for a lot more. You can further extend that cargo space by folding the rear back rests in 60/40 fashion.

You can easily adjust the driver’s seat with its height adjuster to find your driving position, however, it would have been better if the steering wheel is at least tilt-adjustable for those who prefer it low in the cockpit. Nevertheless, the fabric seats of the Accent Hatchback are soft to the touch, adding to the comfort of everyone inside the car even on long drives. The suspension is also on the firm side, which means body roll is barely there. It can also absorb fair amounts of road imperfections, but you need to ease up on huge potholes and wrecked pavements. The Hyundai Accent Hatchback is powered by a Euro 4-compliant 1.6L CRDi diesel engine with variable-geometry turbocharger (VGT). I won’t discuss how CRDi and VGT works (because that’s a whole new article) but there’s one thing I can tell you — this subcompact hatch was fast.

This CRDi diesel engine has an output of 136 hp and 300 Nm of torque, which were way above its mentioned rivals. These figures weren’t just blotches of ink on a paper; they were easily felt on the accelerator. The powertrain was then coupled to a 7-speed dual clutch transmission (DCT), which shifted smoothly and matched the gears correctly. Uphill climbs weren’t a problem even without the hill-start assist function.

Best part of driving the Accent Hatchback was how I was able to go from aggressive in-your-face runs to relaxed strolls with ease. Its motor-driven power steering was also dynamic; it felt light enough to easily maneuver in tight city streets. It also has wide forward driving visibility, however, the side mirrors could have been a little more wider for a better view on the sides and less blind spots. On the other hand, the steering felt heavier during high-speed stints on the expressways. With this, the car was stable and I gained confidence to speed up even with its small size.

Fuel efficiency—which is the whole point of buying a small car—of the Accent Hatchback was outstanding. Driving on EDSA (average 15 km/h) at 8:00 a.m. read 7.2 km/l, while faster runs at 60 km/h registered 14.5 km/l. A steady speed of 90 km/h at North Luzon Expressway (NLEX) gave out a solid 22.7 km/l. Talk about fuel economy. Now I know why the Hyundai Accent Hatchback is still a top-seller. Yes, it isn’t the most modern when it comes to technology and aesthetics, or how the lack of some convenient features like rear parking sensors or steering wheel audio controls can be a turnoff to some meticulous car-buyers.

But this South Korean subcompact hatchback packs the best driving performance in its class, staying true to its nature when it was initially brought here. At P928,000 for the GL AT variant, it’s simple and easy-to-drive, while keeping your wallet relatively safer from the ever-increasing fuel prices. I must say, this car is something that I could drive to-and-from the office on a daily basis.